Hello again and welcome to our (very delayed) monthly round-up for April. I intended to publish this closer to the start of May but life got in the way I’m afraid. It takes a while to put these posts together but I think it’s worth doing so I wanted to get this out before we start on the one for May.

We reached a few hefty milestones in April that are the culmination of several months’ of determination so it’s nice to see them bear fruit. I hope you’ll be as fired-up about the news as we are.

As always, the online demo has the latest code so you can play with the new features there.

It’s been several months in the making and a lot more work than originally expected but we now have releases for ARM-based machines like the Raspberry Pi. This means that for around $35 you can have a low-powered server running Photonix. You’d probably want to connect an external hard drive and we’d recommend going for the larger RAM versions if you can spare the money.

If you have another ARM-based machine such as Banana Pi, Orange Pi or Odroid we think they should work but we’d love to have someone test and let us know how you get on via the issue tracker.

We currently build 2 ARM Docker images — ARM32v7 and ARM64v8. These should be compatible and optimised for most machines currently in use. You can find these builds on our new Docker Hub repository.

These Docker images are built through a new GitHub Actions set-up based on Docker buildx. For each tagged version created in the Git repo, all three architectures are built for. This should be quite easy to roll out to other architectures supported under Docker buildx. The installation instructions have been updated and the example docker-compose.yml file works for all supported platforms.

There were a few tricky areas when building for ARM. If you’re interested in doing something similar this is what we came up against. Warning: this gets pretty technical so you may want to skip on over to the next section.

Some exciting news following on from last month’s update — the Android and iOS apps both got accepted into the Google Play and Apple App Stores, respectively.

To reiterate, these are early versions of our mobile apps and we want to develop them a lot further. Having the first versions accepted means that the pipelines are established and further updates should go out without a hitch.

The next piece of work we’ll be undertaking on the mobile apps is automatic image uploading which should bring us in line with the likes of Google Photos and iCloud.

The code for the mobile app is also open source and you can get stuck into the code repo for it if you are that way inclined. It’s based around React Native and Expo tooling.

Photonix understands that for a single photo, you might have several files. You could have the raw file (if your camera produces them), an original JPEG produced by the camera and possibly several edits you made using Photoshop, Lightroom, DarkTable, Photivo, RawTherapee, etc.

By looking at the “taken at” date in metadata we are able to group these files together so you don’t see duplicates. We make an educated guess about which file you’ll want to see as the main representation of these files (thumbnails and detail). Now you also have the option to change which file is your preferred version. When you click a thumbnail and get to the detailed view you can open the metadata info panel using the “i” icon in the top-right corner. If there are multiple files available for the photo you’ll see a drop-down select menu with the other files listed.

We believe grouping files like this makes us different to most other photo organizers and caters more towards keen amateur and professional photographers. Let us know what you think about this. I’m sure in time we can add more options around this behaviour.

This is a much-needed performance optimisation that became apparent as soon as you imported more than a few hundred photos. Now instead of trying to get all your photo thumbnails at once, we fetch them in chunks of 100 at a time. As you scroll down, another “page” of results is downloaded and added to the bottom. There’s much more work we want to do with regard to thumbnail loading — making them “scrubbable”, but this gets us to a workable situation in the meantime.

This should be a fairly simple feature to explain — If you move files around into different folders or rename them Photonix will realise that the files are the same. Up until now moving a file would look to the system like one file got deleted and then a new one appeared. Photonix’s database record of a Photo is now updated when a move happens and this means any tags or other metadata remain intact.

Other photo managers force you to give the application control over the photo storage folder structure. We wanted to be less intrusive and let you continue to organise files in the way you’re used to but this takes a bit more effort on our part.

Swipe left and right between photos

This continues on from the feature “Go directly to next or previous photo” #171 from last month. Allowing the user to skip from one photo to the next was discoverable on desktop due to hover gestures showing arrow icons when the cursor moves over that area of the screen. We didn’t want the arrow icons to always be visible on phones and other touch screens (that don’t support hover gestures) because they have limited space already, Therefore we implemented a more intuitive method by handling swipe gestures. This had to work alongside the existing feature “Gesture-enabled zooming and panning of images” #153 which was also introduced last month.

If you’ve been using other applications to tag or star rate your photos, Photonix is now able to import them. This means you’ll see star ratings in the timeline view and be able to search and filter by the stars and tags too. You’ll need to make sure that whatever tool you previously used is configured to write this metadata back to the original files rather than just storing it in the application database. This can usually be found in the settings.

Allow types of analysis to be switched on or off

Through developing in public we found that some users with large collections and low powered devices like the Raspberry Pi were struggling to import their collection with all the image analysis features turned on. When we guide the user through setup the first time we allow them to choose which types of analysis should be run out of Color analysis (fast), Location identification (fast), Style recognition (medium) and Object detection (slow). These features can also be turned on or off with near immediate effect from within the settings dialogue. The slowest analyser (object detection) can take over 10 seconds per image which can really add up.

These analysis jobs run in the background with the lowest operating system priority but can still cause some responsiveness issues through RAM or disk access. These settings are attached to each library so you can enable analysers for just some libraries that you have.

An example way you might want to manage a large import would be to turn off colour analysis (or even all of the analysers), add your photos, and then after you’re happy everything’s imported, start turning analysis on (maybe overnight).

This is a small fix using a common technique for search. The initial implementation was performing a new search for every character the user typed in the search box. If a user typed very quickly then they could be hitting the server with many searches per second and cause excessive UI updating/flashing. Now we use the throttle-debounce library to only perform the search when the user has paused typing for a few hundred milliseconds (debounce).

I hope you found something of interest in this round-up. You shouldn’t have to wait very long for the next update either way.

Thanks for reading,
Damian 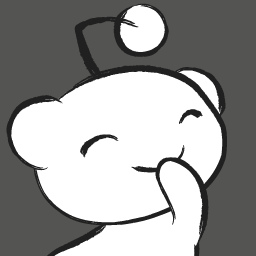 Could this be used as a portfolio site, or would that be better served by something else?

Thanks for the great work. Any plans to add face recognition and meta-data exporting? 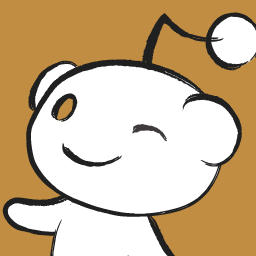 Looks like your app is on the right track!

Any chance for an ARM64 version?