Last month we hit a major milestone of over 500 sign-ups to our mailing list. As of today the total stands at 541. Hopefully some of you will be interested in these stats.

The mailing list form was added to the site in May 2019. Since then it has remained pretty-much the same. There is only a single field in the form — email address — to produce as little friction as possible for visitors. This graph shows the number of sign-ups each month since the start.

The largest peak in sign-ups was in September 2019. It's a bit of a mystery where this traffic came from. It was all organic. Also it seems that many of those users had tracking blocked as the self-hosted Matomo analytics software I use doesn't show a notable jump in traffic. For tracked visits, the top three sources were:

The most recent peak in November 2020, I think, comes as a result of increased activity on the GitHub project and being more involved in Reddit discussions.

In April 2020, a GeoIP database was added to get a sense of which countries the project was reaching most. I'm sure the fact that the site is only in a single language skews the numbers towards English-speaking countries. These are the counts per country.

Number of mailing list sign-ups is a popular metric used by start-ups to gauge interest and see if an idea is worth pursuing. I believe our numbers shows there is a sizeable interest in the project and as the founder, motivates me to push harder to our 1.0 release.

The questions and discussions I read online give me a sense that people are looking for alternatives and improvements to their photo management workflows. The cloud-hosted and self-hosted software landscape is very much alive and evolving. Hopefully we will show ourselves to be a solution for more people in the coming months.

Thank you to all that signed up. If you still haven't joined the mailing list, please do drop your email in the box below and help us get to 1000. 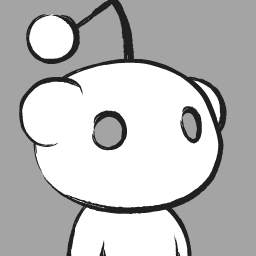 Looks like a great platform! Love the AI auto tagging features and geo mapping. A feature that is long being left as a secondary element.

Keep on the good work.